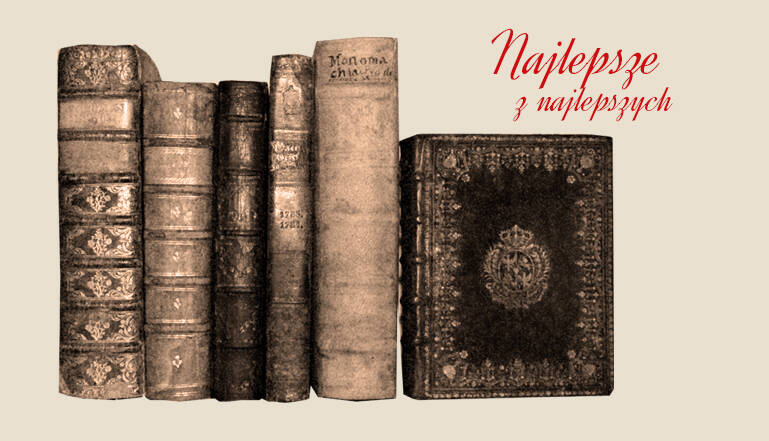 The collection contains the content of the so-called Of the 3rd Statute of Lithuania passed at the coronation Sejm in 1588, extended by later legal acts issued in the Crown and in Lithuania. At the end of the work, an extensive register compiled by Stanisław Gałąska from Vilnius.

The work begins with the privilege of Jan III, which allowed the Statute to be reprinted according to the edition from 1648 with "the addition of constituencies issued after this year".

On the reverse, titled coats of arms of the Crown and Lithuania with Janina Sobieski. Title page presenting a portrait of Władysław IV and a full-page coat of arms of the Kazanowski family by Grzymala, engraved by Wilhelm Hondius (1597-1652).

Interesting legal block in Polish from the Warsaw printing office of the printer Piotr Elert († 1653), musician, singer and Royal Typographer.

Weichbild Magdeburg (Latin Ius municipale magdeburgense) - an auxiliary list of laws which, together with the Saxon Mirror, shaped the entirety of legal life under Magdeburg law, commonly known as Magdeburgia or Saxon. This law spoke about city citizenship, about the founding of a city, about city courts, about the city council, about the city's spatial administration, about debts and fairs, etc., so it only applied to the specific legal relations in the city. Its Polish translation after the period of the Polonization of the German population appeared in print in 1581 and 1610 thanks to the efforts of Paweł Szczerbiec, the trustee of Lviv, entitled Ius municipale, this is the Magdeburg City Law. It was the first faithful translation of the Latin version. From the 16th century, Weichbild, together with the Saxon Mirror, became the basis of urban and rural locations. Ius municipale contains provisions in the field of substantive and procedural law, with a predominance of provisions from various areas of civil law. The author's considerations from the initial part of the work, devoted to the genesis of law, its divisions, as well as the role of law in society, are very interesting. Particularly noteworthy are the numerous rituals cited by the author accompanying individual legal actions, as well as considerations regarding ordales, or "God's judgments". Apart from the works by Bartłomiej Groicki, the works of Paweł Szczerbic are the main source of knowledge about the municipal law of the First Republic.

Good condition / cracks in the leather of the binding, copy after conservation, new strings and end papers, titled of the first work and pages 1-2, 4-7 in the copy, pages 297-8 supplemented to the detriment of the text, in the second work, pages 143-146 and 151-160 in the copy, [a total of 13 pages in the copy]; margins, igniting and browning in places